I wish lyfe had a rewind button....

I love and hate the word REGRET. It's the truest form of self awareness someone can have. If you regret something, it means you know that the outcome could have been different if you would have made different decisions. Regrets happen in every part of lyfe; in romance, with your kids, your family, your career, your education, your finances, the list goes on and on.

In my lyfe I have gone through many crossroads. I've experienced the highest of highs and the lowest of lows. Through most of it, I can honestly say I have not been the best at learning from my regrets. My mind gets the best of me and lets me off the hook. What I have noticed through each setback or advancement is a similar pattern that got me to where I was in that moment.

The hardest part about reaching your goals or objectives is that you start to take your eye off all the little things that got you there. You neglect relationships, you alter your priorities, take for granted all the things you used to pride yourself in daily. When slapped in the face with reality, it can make you want to crawl in a hole and never reach for the stars again. I've recently experienced one of those moments, and I've spent more hours than I would like to admit researching it's psychological impact and found a study that provided clarity to give me the advantage to harness the moments power instead of it's harm.

Despite the fact that they are practically the same, regrets framed as laments about actions are more common and more intense than regrets about inactions, although inaction regrets tended to be longer lasting.

After reading this I did what I do best, reflect. I believe in lyfe everything that happens, for the most part, is because of something you choose or decide. Of course there is always going to be the outlier scenario where there was absolutely nothing you could have done different to change the outcome, but that is not as common as we like to tell ourselves. I decided to write a list of all the things I was telling myself that I should and shouldn't have done, frame them in the opposite context, and see if it changed my paradigm. What I discovered is that my list had far more things on it I wished I should have done than didn't. What's even crazier is that I realized the reason I hadn't embarked on these desires was directly connected to the fear of things I did do.

So bye-bye to that mindset. In that moment, I decided that never again will I let myself not strive towards my dreams because of fear of loss. You end up losing what you are trying to protect anyway because you alter the behaviors and decision making process that got you there in the first place.

To the best of my knowledge, you only get one shot at this thing we call lyfe.

HYPE FOR YOUR LYFE

LyfeBeast exists for those who are willing to learn more, grow more, invest more and go for more… to do what others don’t, so they can live the life others won’t.

LyfeBeast exists to be a guide for those who seek to become all they can with all they have been given.

For those choosing their better future, to live the life they were meant to live.

for more information email us @ thomasshultz@lyfebeast.com 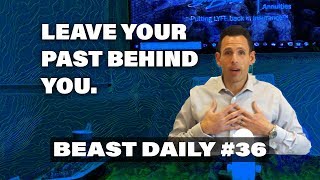 Leave Your Past Behind You.

Push your limits to love what you do

Hustle is this generations common denominator of success... 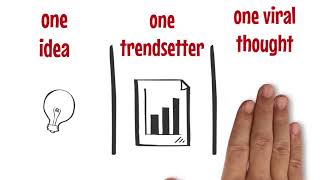 Hi, we're LyfeBeast and we want to meet you...

Passion is the blueprint for success...

How To Start Building A Legacy That Represents You!

Conditioned Thinking is Killing You....